On Friday, I had to walk around in Vienna to visit different venues and prepare them for readings, that took always place in the evenings. It was a beautiful and sunny day, quite warm for November and it was really nice to escape the office and have a stroll through beautiful Vienna. I want to take you with me on that walk. So let's go, through the inner district of this wonderful city!

I started with walking down the "Herrengasse", a shopping street where I never shop, as it's the home of all the luxury brands. Chanel, Dior, Louis Vuitton and similar. As I never spend much money on clothes (rather use the amount on books and yarn - you get much more for the same price!) this aren't shops where I will ever set foot in. But it's nice to look at the windows and ask myself who in the world would spend hundreds of Euros on clothes that look like they are second hand. And in very bad condition! 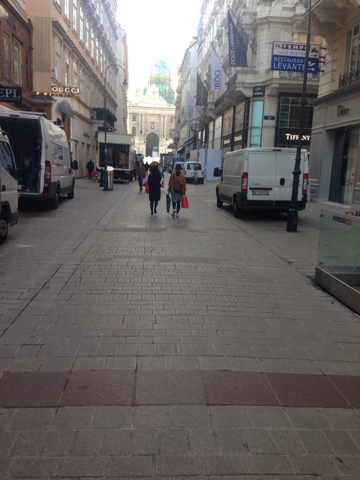 I walked past the Michaelerkirche. It's one of many beautiful churches in Vienna. The Vienna National Library has an Archive inside this building and I remember having a Seminar right under this dome when I was still studying German Literature. 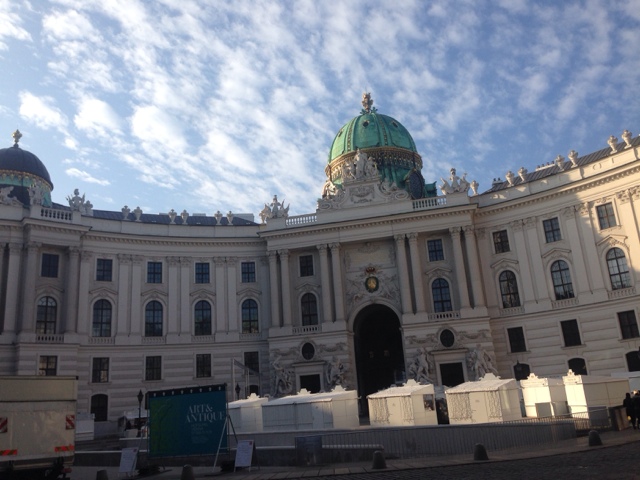 Just right around the corner, you get the beautiful view of the Hofburg, where the National Library is situated and which is the former imperial palace of Vienna. Those two buildings in the background are the Museum of Natural History and the Museum of Art History. The two buildings stand opposite each other and are identically built. Right in the middle is now one of the most beautiful christmas markets in Vienna. Though there are dozens of them taking place all over town right now. 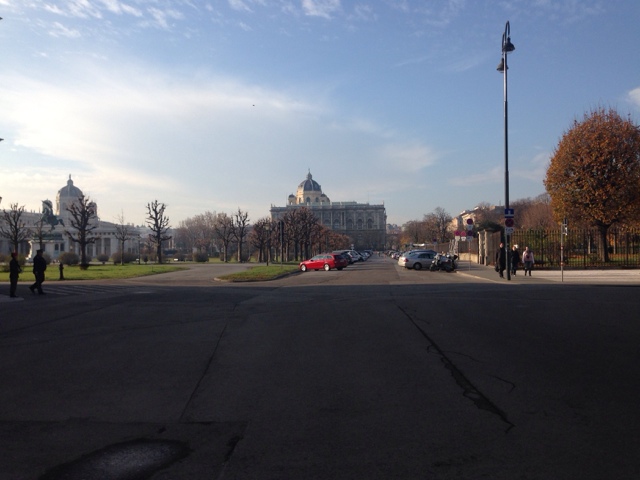 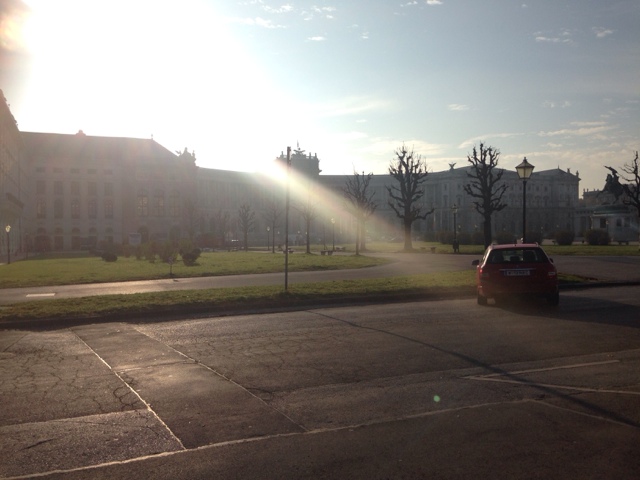 I then had a stroll through the Volksgarten, a small park. During the warmer seasons, it smells really intense of roses. That is because there are hundred of different roses planted all over this park. I used to spend my breaks here when I was back at university, as it is just right around the corner of the campus. 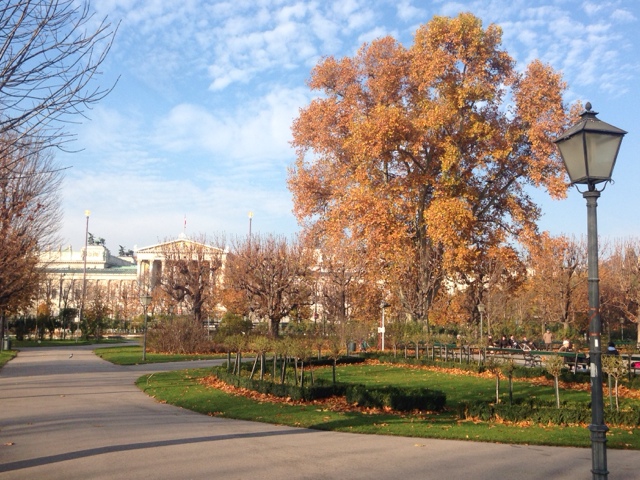 And then I arrived at the Rathaus, the town hall of Vienna. I was there to watch over an award ceremony which I organized the last couple of weeks. Did you know that I used to work in a library in that building right before I stepped on a plane to Bangkok and travelled the world for the next four month? I have beautiful memories of those five working months there. Such a historical and wonderful building. 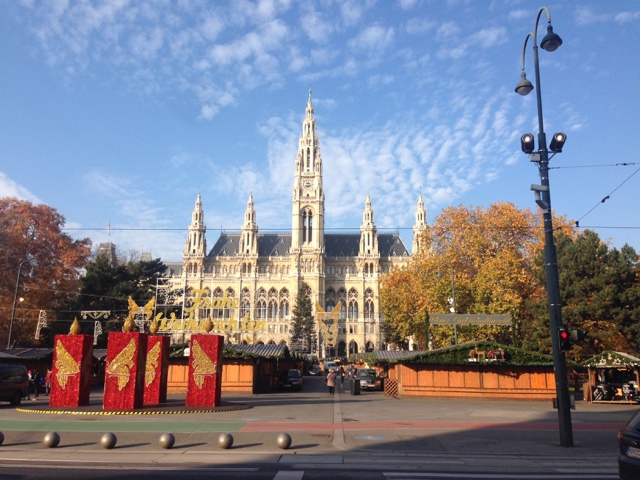 This is the room where the award ceremony took place. The town hall has hidden rooms like this all through the building. Beautiful, isn't it? 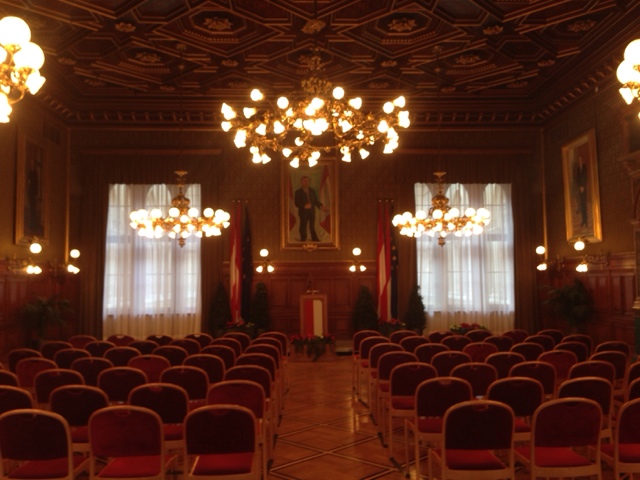 I wandered back to the office after that, spend the day on the telephone and then walked back to the town hall. The same route, but now in the evening, when it was already dark and the town as already lit up. 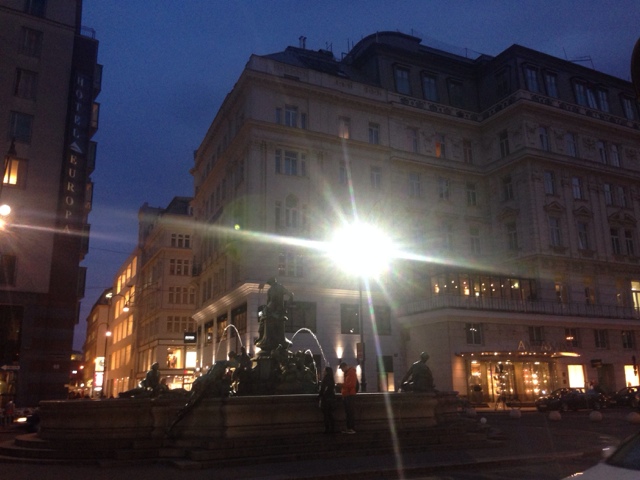 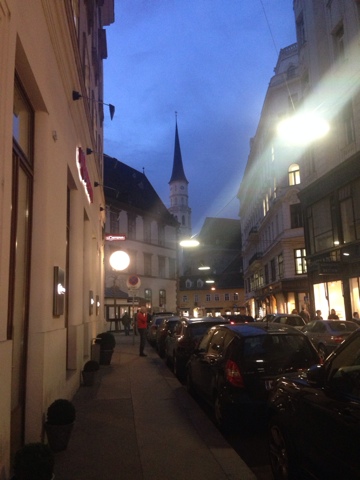 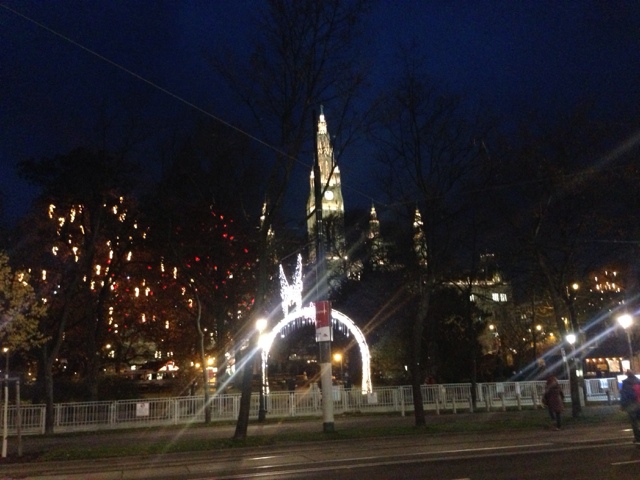 I was at a reading that evening which I had to supervise. Very interesting, it was bilingual, the author was from Romania and read in her mother tongue and of course we had a translator. It was really funny, though the book isn't about a funny topic of all. Those are the moments where I really love my job. Unfortunately, things like that mostly happen during the week of the Vienna book fair, when everyone is exhausted and worked out already. 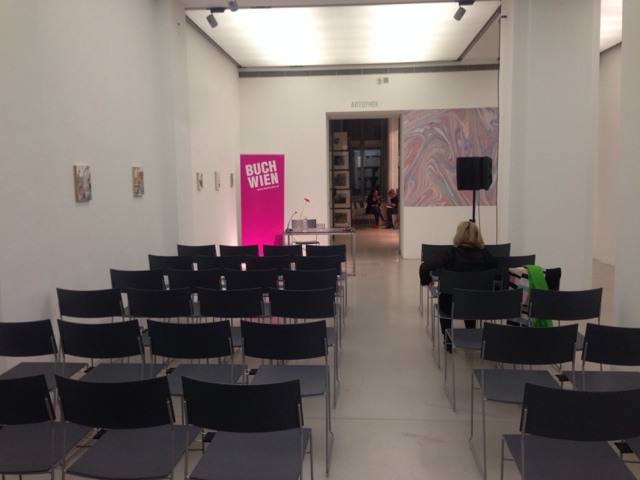 There is another christmas market right in front of the town house. I had some time before my train went back home, so I strolled through the stalls, breathed in the wonderful christmassy smell of baked goods, sweets, chocolate, sausages, glühwein (mulled wine) and everything else that belongs to a market like this. And I really looked forward to a calm and nice and relaxing christmas time. 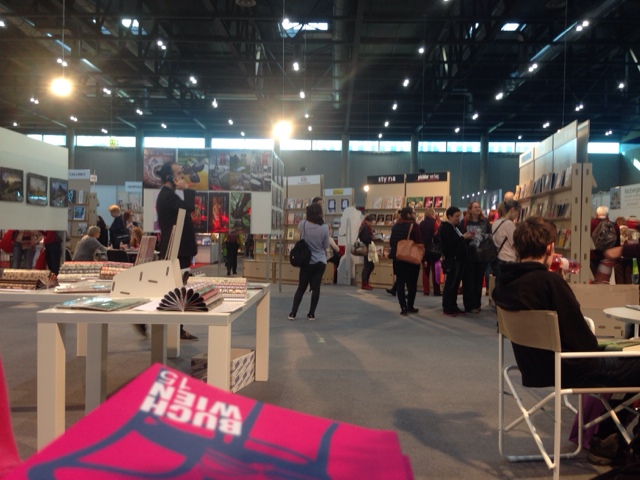 If you've read until the end: Thank you for your patience.
Have a happy weekend.