The year in books - April

Long time no blog... hello to all of you. I'm so happy to be back in blogland, it's been some crazy few weeks. First things first - I AM MARRIED! He said yes, I'm so reliefed! ;) More on that topic in another post which I'm already preparing. Don't miss it because I'm not only going to show you my dress (which is what you all want to see - let's be honest!) but also MY FACE! Yes, I will finally reveal myself to all of you. So watch out for the wedding post. It will appear here in the next few days, I promise!

I did a surprisingly high amount of reading in April! So let's start with my list! 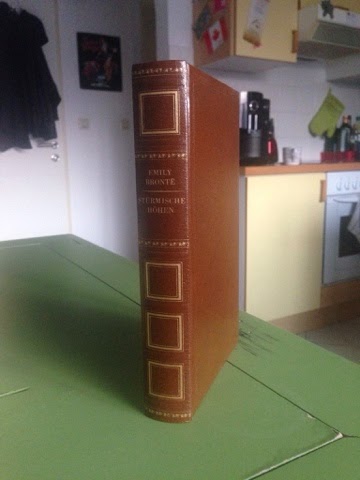 I can't for the life of me remember where on earth I gotten this book from. It's a very nice edition, and if my research is correct it was published sometime in the 1960's. But it's NOT second hand, that book was unread and brand new. I probably bought it in some antique book store but as I said - I don't remember buying this book which is very weird as I usually remember the purchase of EVERY SINGLE BOOK in my collection.
About the book: It was my first time reading Emily Bronte. As usual with older books, it takes some pages to get used to the style and the writing. But I managed that rather quickly and then really enjoyed this classic. The description of various scene was sometimes a liiiiittle too long and elaborate for my taste but that was the writing of that time. It took me rather a while to finish it, but it was worth every minute. A really nice and thrilling story and a fantastic read. 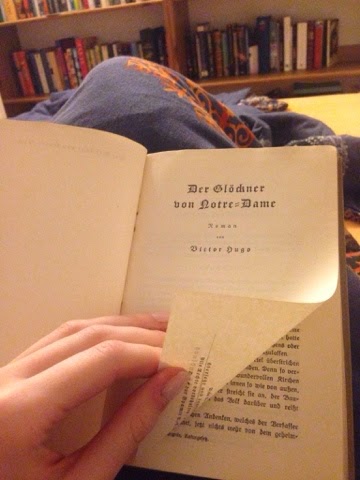 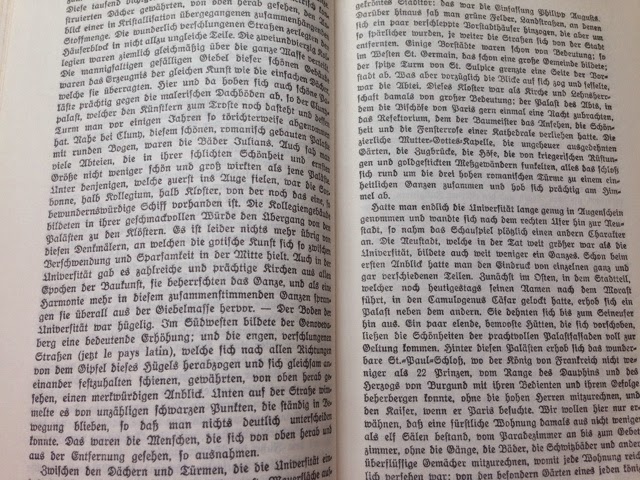 A classic. And I have to confess that I've NEVER seen the Disney Movie so I really had no idea, what that book actually was about. I bought it in an antique book store that I stumbled across accidentially in Hamburg. A beautiful edition and in a very good condition as well.
Anyway, even if I had watched the Disney movie before it wouldn't be the same as reading the book. I couldn't believe how cruel and disgusting it was. And thrilling. I couldn't stop reading it although it's a little exhausting to read that old writing. Such a tiny little font...but again an amazing story!

Stephen Chbosky - The Perks of Being a Wallflower 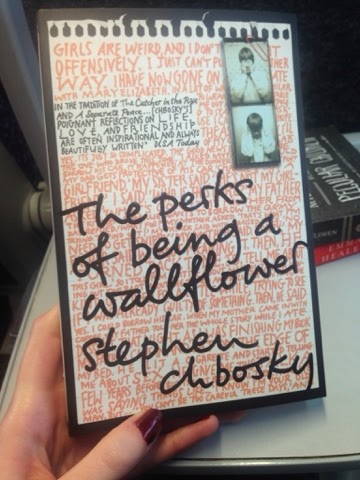 When we travelled around the world 2 years ago we had to live through many many 10+ hour flights. And on one of those flights I watched the movie. To be honest - I never heard about it, I only watched the movie because Emma Watson played a role in it and as I am a huge Harry Potter fan I was curios how it would be to see Emma in another role other than Hermione. I didn't like the movie very much and as it was an overnight flight I feel asleep during the movie and didn't really understand the end because I missed a chunk of the middle. Nevertheless - when I was looking for a new book (and bought three because I couldn't decide which one I should leave behind) I stumbled about this one. I have seen it in some posts around the internet and most of the times it got positive reviews. So I tried and I liked it! It's the story about a teenage boy. He's writing letters to an unknown receiver and tells this "friend" about his live. He's making new friedns who introduce him to other people, to cigarettes, drugs and parties. It's a great coming-of-age story with a very, very unexpected ending and I will definitely read it again in the near future because I'm sure you read the whole thing differently if you have the ending in mind! Though it's a book for teenager and young adults I would recommend it to readers of any age. Great book! 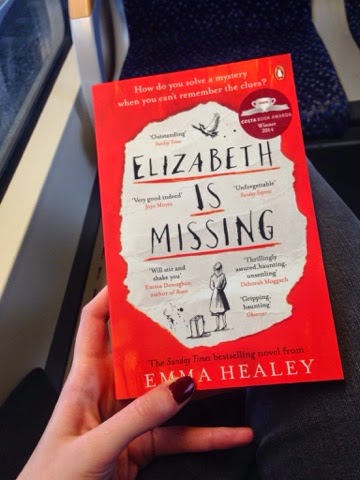 Probably the best book that I've read this year so far. In this book the protagonist, an older lady named Maud is telling the story. Maud has Alzheimer and the reader gets an inside of her head and her thoughts and the difficulties she has to face due to her illness. It's amazing how this story is build. Maud remembers from time to time that it's been a while since she last heard from her friend Elizabeth. And so she tells her daughter, who takes care of her, that Elizabeth is missing. But no matter how often she tells people that her friend hasn't called in a while, nobody seems to care. Meanwhile, there are always snippets in Maud's present life that trigger a memory to an incident, that happened 70 years earlier to Maud's sister.
The author jumps between the past and the present and both times mingle more and more in the head of Maud until she can't differentiate anymore between what's happening now and what happened all that time ago.
I don't want to reveal too much but the book has a very, very good ending and is one of the most interesting and unusual crime stories that I've ever read! 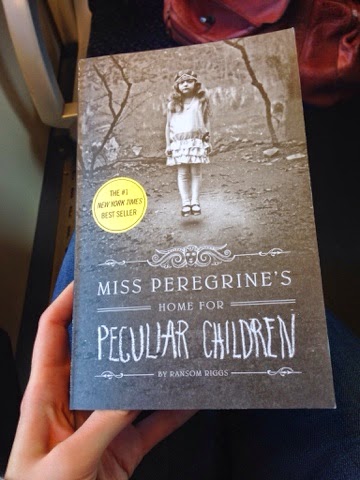 Good start - dissapointing end. This book is the last of the three books that I bought spontaniously in the book store when I had to wait for my train. It starts really good, with a kind of horror story but very soon it get's tooo fictional and fantasy-like for my taste. Also the end was a little weak. But I really liked the concept of the author who links the story with old photographs, which are real and which he discovered over the years on various flea markets and second hand shops. 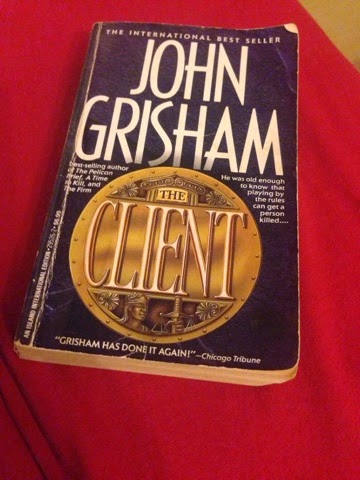 I love John Grisham. Although his books are often alike he always manages to write gripping stories that are real pageturners. A colleague of mine gave me the book once so it's a rather old version in rather bad condition. But like every John Grisham I read through that one pretty fast and couldn't put it down until I finished it. 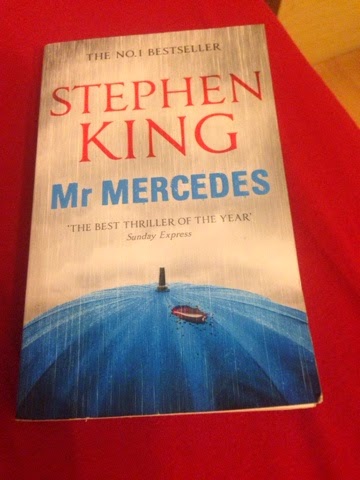 I forgot the books that I prepared for our honeymoon in the hotel so I had to buy a new one at the airport. I didn't really know what Mr. MErcedes was about. The only thing I knew about it was that a man drove a Mercedes into a crowd of people, thus killing some of them.
What I found out while reading it was, that "Mr. Mercedes", as the killer was called by the police who investigated the case, contacted the retired Detective who couldn't solve the crime before he retired. The officer started to investigate again and a very thrilling cat and mouse game began. The end is rather open and I thought, that Stephen King might have left the opportunity to write a sequel when I found out, that it's the first part of a trilogy. A very promising start and I will definitely buy the second book as soon as it's published. 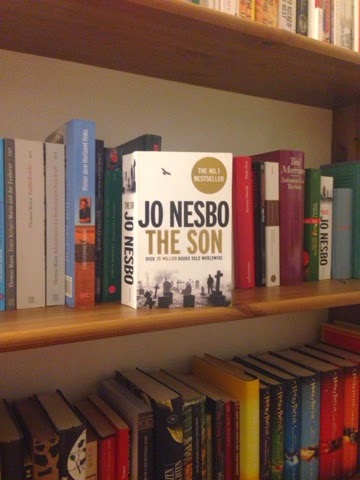 As I finished Mr. Mercedes before we flew back home, I had to buy another book at the airport in Mallorca. I chose The Son because it appeared in the Austrian bestseller lists for a while and because I really liked "The police", another Jo Nesbo thriller that I read as first book in this year.
The Son is about a prisoner, who escapes to revenge his father, who allegedly commited suicide but (as the son finds out before he breaks out of prison) was actually killed. But who was the killer?
600 pages of thrill and suspension. Definitely not my last Jo Nesbo book, I want to read all 10 books that have the police officer Harry Hole as protagonist. Ambitious, isn't it?

So apart from "Miss Peregrines home of Peculiar children" every single one of the books that I read in April was truly amazing, unique and totally interesting. I would recommend you EVERY SINGLE ONE of it! Go and read them and tell me what you think about it. And please read "Elizabeth is Missing" as it is the best of all my April reads. What an amazing book! I lend it to a friend of mine and as soon as I get it back I will probably read it again.

Linking up with Laura at Circle of Pine Trees and her wonderful and fantastic the year in books. I love Love LOVE telling you about my reads every month! It's such a great idea. Thank you Laura for organizing this! :)
Eingestellt von Emm.A um 17:01