...finally, and just in time for the long weekend (there's a holidy on monday in Austria). I'm not much of a winter person. In fact, I hate the sight of snow. It immediately ruins my day. I don't want to see it. I don't wan't to feel it. I don't want to have it anywhere near me. Same goes for temperatures under 20 degrees. There's a reason why I have a big sun-mandala tatooed on my back!

There won't be much crocheting going on because the weather is way too warm to have wool wrapped around my fingers and my man's familiy comes for a visit which will take up most of our weekend time. The only things that I plan for the next three days are lying in the sun, enjoy some reading and eat massive amounts of food. As the temperatures are predicted to top off the 30 degrees border, there will hopefully also be some jumping in water involved. Great things to look forward to!

But as I've learned from reading what feels like thousands of blog post entries, I know that posts are more appreciated if they are accompanied with some pictures. As none of you knows, my man and I just moved into a new appartment three months ago. It was my third move in two years and as you can imagine I was more than ready to have a steady home, some place, where I won't move out of in the foreseeable future. I think we found that place. It's a lovely, rather small appartment, but more than big enough for the two of us. And for the first time in many years I finally have the opportunity to DECORATE! What a coincidence, that I was reading a lot of great blogs at that time which gave me plenty of inspiration.

One of these inspirational ideas was found here. I was able to save the curtains I bought for our last appartment and take them with me to our new home. As I didn't really want to cut them off again (I had to do this before and let me tell you - I can count the times that I operated a sewing machine on my two hands -  I want to work on that though, I got a sewing machine for Christmas which is still untouched in it's original packaging! But more on that another time) I looked for another opportunity to make them look good. I loved Gillians idea to crochet curtain tie-backs. I chose the colors green and yellow as they dominate the kitchen where the curtains hang and also because they are featured in the curtain as well. I used Schachenmayr Catania, a 100% cotton yarn which I absolutely love. It's wonderful to work with and I love the way the cotton feels and looks. I found the pattern for the squares somewhere on the interent. I tried to trace it back so I can link it here but I'm somehow unable to find it anymore. 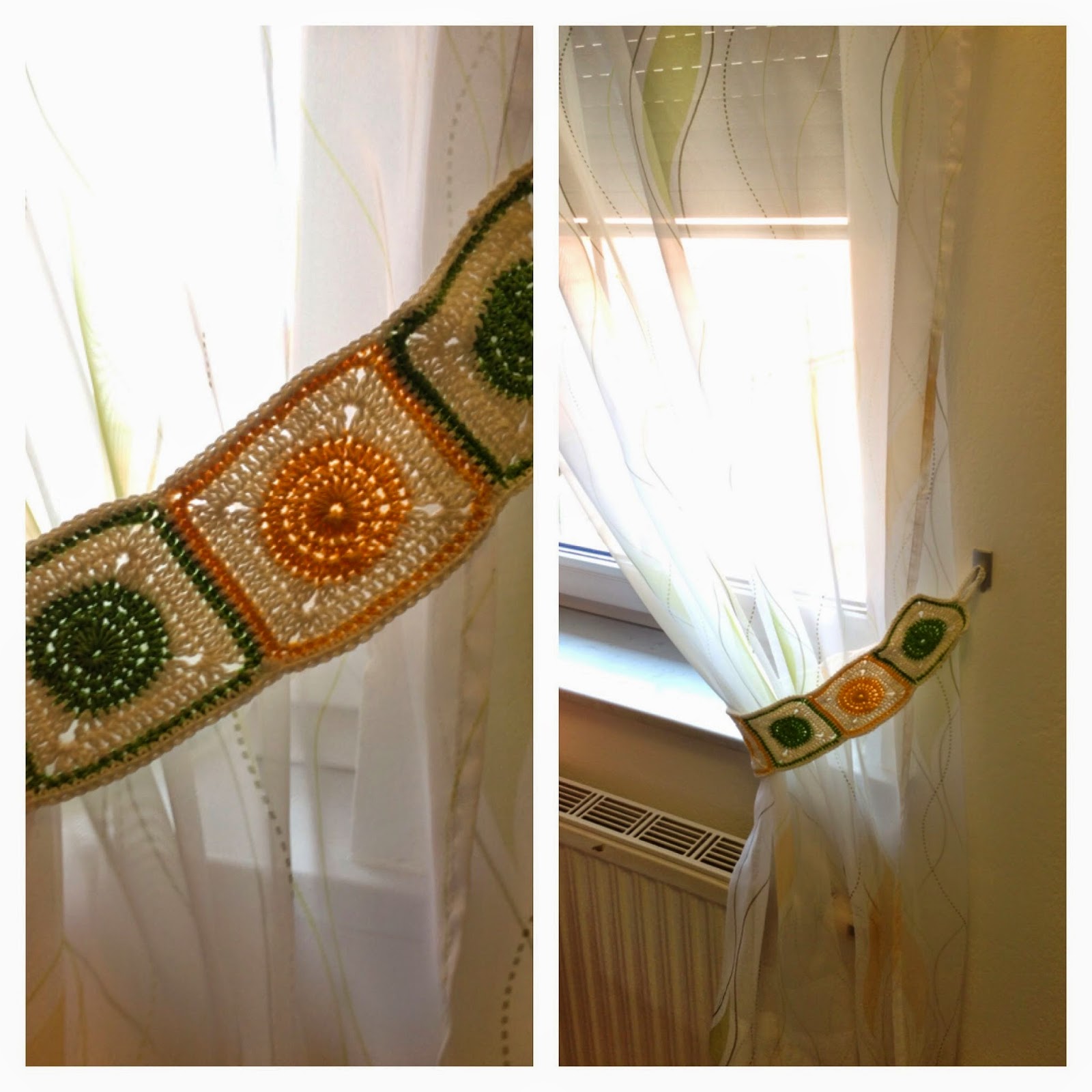 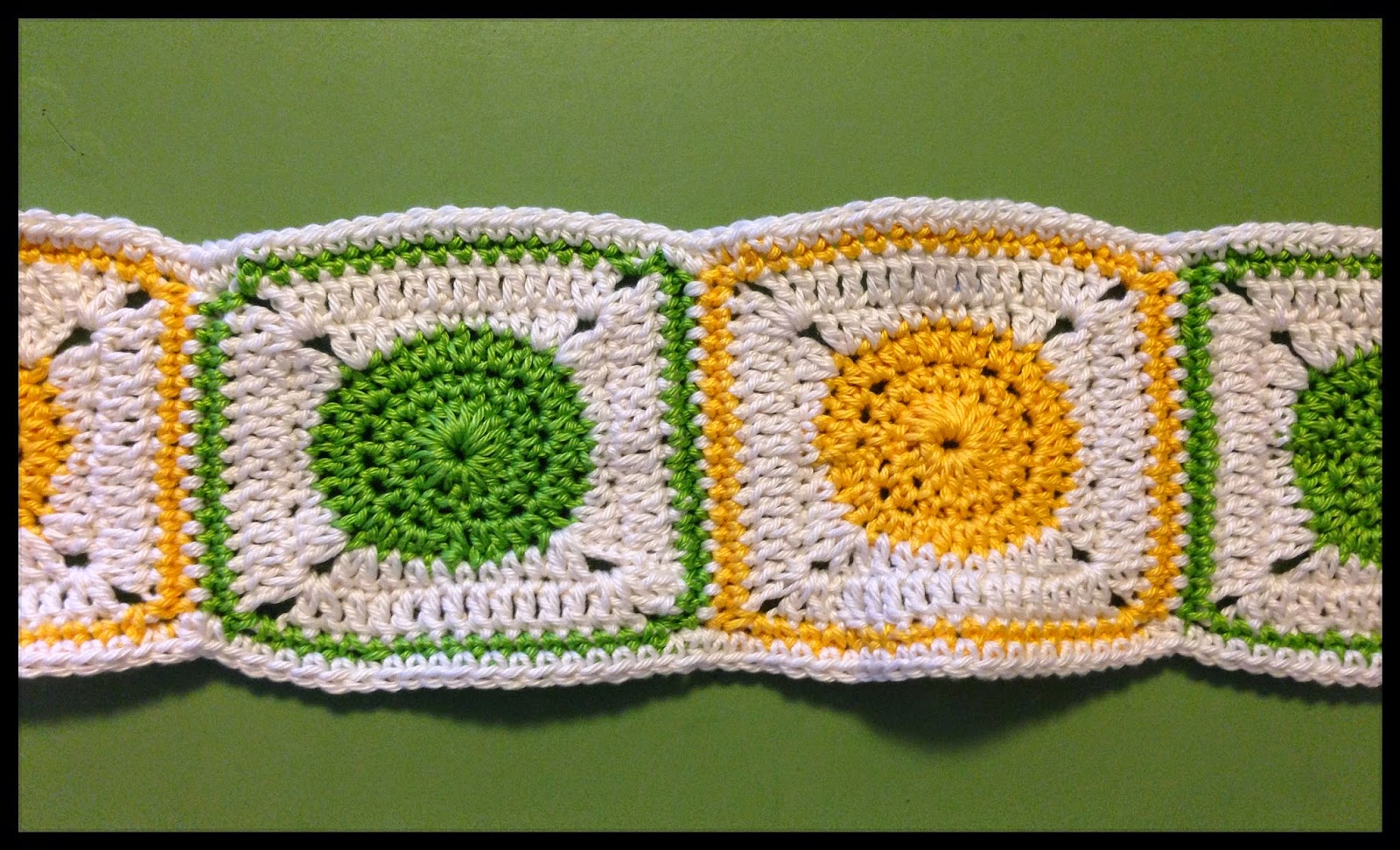 It was a very quick and easy and therefore also a very satisfying project. As I tend to do projects (i.e. blankets) that take a loooong time to finish, it was really nice to have something whipped up in a few days. And I love them! So glad that my man doesn't care that there is so much crochet around ("look at those nice colors", he said when he saw my lovely tie-backs). He actually loves the blanket I made for him in winter and refuses to let me use it. "Nope. My blanket. Go make your own." Best man in the world.
Eingestellt von Emm.A um 19:13